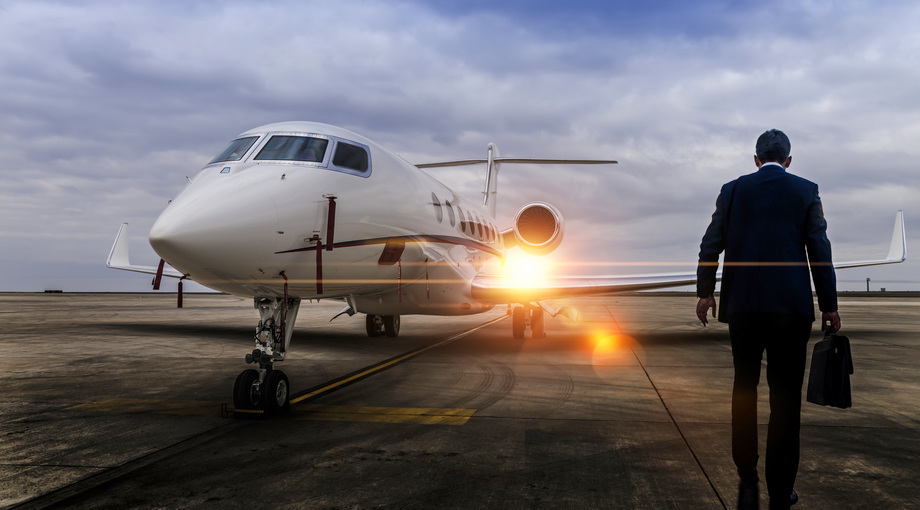 There are many reasons that people who can afford to choose to fly on a Private Jet and some not as obvious as others. Many of our clients will only fly private not only for the elegance, luxury, convenience and comfort but the privacy and prestige.

As the number of people jet-setting across the Globe increases, so does the size of airports. Let’s take Dubai International Airport as an example. Terminal three is the largest Airport Terminal and largest building in the world by floor space. Statistics from early 2014 show that there are over 7000 weekly flights operated by 140 airlines to over 230 destinations across every continent except Antarctica. Dubai International Airport is handling over 80 million passengers annually. Queuing at customs can take hours if you are unlucky enough to arrive during one of the peak times, early in the morning or just after midnight.

When flying on a Private Jet you avoid all of this. Not only can you choose the time you want to depart, but you can relax in one of the VIP Lounges, well away from the main terminal while the custom formalities are completed. You are only required to arrive fifteen minutes before you are due to fly, but if you are late, don’t worry, the Private Jet waits for you. Forget rushing through busy terminals just to get to the gate on time, it’s a stress you can live without.

For businesses, time is money. On a private jet you can continue meetings and visit multiple destinations in just one day. Taking a private jet makes for the most effective use of precious time.

Commercial aircraft cannot always travel to the remote destinations that some companies or individuals need to travel to. Some places around the world are difficult, perhaps even impossible to get to, like Catalina Island where the airport is literally carved into the hills. However a Private Jet will get you there. Los Roques is among dozens of postage stamp size airports around the world that serve upscale resorts, ski destinations, tiny luxury islands and jungle locations and the wealthy can access via private aircraft.

Private Jets are not just chartered for luxury holiday getaways and corporate business trips, but are often utilized for the transportation of dangerous goods or precious materials. Some common examples are weapons, gold and diamonds. Often it is essential, as it is faster and more flexible with cargo that spoils quickly. It can be a matter of urgency for something like medicines as the effectiveness of these drugs decreases with passage of time.

I saw an article the other day featuring Mark Wahlberg and it revealed that in 2001 he was supposed to have been flying on one of the ill-fated aircrafts that crashed into the Twin Towers. He instead chose to fly on a Private Jet to Canada to visit a friend on the set of his current movie. Now, for safety reasons and avoiding the risk of another terrorist attack he prefers to take a jet. It is also peace of mind to know that they are travelling only with people they know and trust.

Sometimes the only way to get out of a country under attack or threat is to Charter a Private Jet. Private Jets are often chartered to Iraq, Afghanistan and other war torn countries. If you need to go there, you ideally want the flexibility of having a private aircraft waiting on standby.

For some people their pets are just as or if not more important than their children. When you travel commercially your pet has to travel alone, often cold and frightened in the cargo compartment. Most Private Jet operators will allow passengers to take any type of pet on board. The Middle Eastern clients will take everything from Falcons, to ‘handbag dogs’ such as Chihuahuas and larger dog breeds such as Great Danes. I believe Mariah Carey likes to travel with her pets on board with her, as she was spotted splashing out more than UDS 100,000 for her eight lucky pampered canines.

A number of celebrities, royal families and government figures will charter a private jet to avoid the gazing public eye. Angelina Jolie often takes a jet around the world for her U.N. commitments as she travels to some of the most dangerous countries in the world. Although some of these high profile people will have their own aircraft, there are occasions when they will have to go into maintenance or perhaps they have invited an entourage to accompany them and they will then charter a separate jet.

Arriving in style and with little or no luggage restrictions you can see why HNW individuals, royal families and celebrities would fly anywhere around the world and return home with more shopping bags than a commercial aircraft would allow. Fashion Capitals are always a magnet for the wealthy, whether it is Paris, Milan, Nice or London the hottest shopping destinations can attract many Private Jets with eager shoppers onboard. If you are like Beyonce, when she was staying in the French Riviera, she chartered a Private Jet to shop in her favorite store that just so happened to be in London.

It is actually very common to see our Jet Setters request food from their favourite restaurant, so they can enjoy sampling Michelin Starred quality cuisine from the kitchens of Nobu, Hakasan, Pushkin, whatever takes their fancy, and sipping on a glass of Dom Perignon at 42,000 feet.

Although it is not so common these days, on some Private Jets you are allowed to smoke a cigarette on board. Some clients will stipulate a ‘smoking only’ aircraft. If this is a requirement for our client, we will endeavor to secure an aircraft that allows smoking.

Once onboard with only the people who are invited, the whole aircraft is yours. Relax in sumptuously designed interiors, sit back and play a movie or music at any level with speakers throughout the cabin. The jets are equipped with laptop connections, phones and wifi.

If travelling overnight on some Private Jets comfortable beds can be made up to ensure passengers are well rested. As the aircraft is descending into the airport, the crew will call ahead so that as soon as the Jet has arrived the limousine is already positioned to whisk you away.

10) Taking a private jet from Private Jet Charter allows you to go where you want, when you want to go, wherever in the world that might be.

Any far flung corner of the world that your heart desires, we can get you there in comfort and style.